Follow this company to get notified by email of news and forum messages posted on this page.

A growing number of people all over the world are adjusting their diets to include more vegetables – in Britain one in three people is planning to increase the portion of vegetables (Mintel 2017) and in the US more than half of the people are planning to add more vegetables to their diets while reducing meat consumption (Mintel 2018). In Finland, the number of vegetarians and those who favor plant-based options is growing steadily. “Green dining” is here to stay.

The popularity of plant-based food is due to a number of factors: green vegetables are proven to be healthy (Neurology 2017). Following a plant-based diet is also known to improve mental well-being and helps to maintain a steady energy level during the day. In addition, plant-based diet is more environmentally-friendly and is increasingly seen as an ethically positive choice (PNAS 2016).

Green dining is clearly a megatrend especially in Europe and North America where the phenomenon has been widely adopted. The trend is highlighted among urban population and in the preferences of young and educated individuals. However, things are not black and white; the role of vegetables is becoming more important irrespective of the socio-economic segment.

We position Pupu in the fast casual segment which is outgrowing other food service segments. Fast casual means high-quality restaurant food that is available as quickly and easily as fast food. The recent annual growth of fast casual in the US has averaged 10 to 11 percent. In the meanwhile fast food has grown around 5 to 6 percent annually while the traditional casual dining segment has struggled to reach an annual growth of 1 to 2 percent (MaRa 2017). 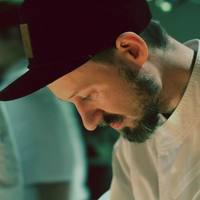 During his 13-year career Petri has cooked at several Helsinki’s top restaurants. He has also managed the kitchen at the Finnish embassy in Washington DC. In his early years Petri competed in the Culinary Team of Finland and published a book exploring traditional organic food: Luomu & Tila. 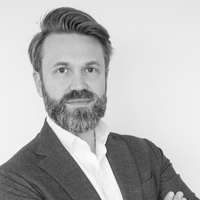 Before Pupu, Simo had fifteen years of experience in business-to-business service sales at the Finnish change management consultancy Trainers’ House as well as IBM. His wide experience in project management has been useful during the first years of intense growth.

Jukka co-founded and helped to build a successful microbrewery, Maku Brewing – known by craft beer enthusiasts for its outstanding Indian pale ale. He has a Master’s degree in organizational behaviour studies and over ten years of experience in business development and solution sales at IBM.

At the start of the millennium Kimmo was a trendsetter deejay at night clubs and on Finland's national radio. After completing his Master degree in Finance, Kimmo has worked within asset management and capital markets risk functions. Currently he is at The Finnish Pension Alliance, Tela ry.

Our vision - enable people to live a healthy and tasty life

We believe that the environmental concern for the future is linked to eating habits. The green revolution of food is already happening in the media. This means emphasizing healthy and clean choices in eating. It also means more demanding customers who prefer a plant-oriented food and want it fast - without compromising the quality.

Saladwerk Oy has raised 342.78k EUR in 1 funding rounds with a latest valuation of 3.13M EUR

Forum messages can be read only by company shareholders.