Bring Delish to a location near You! 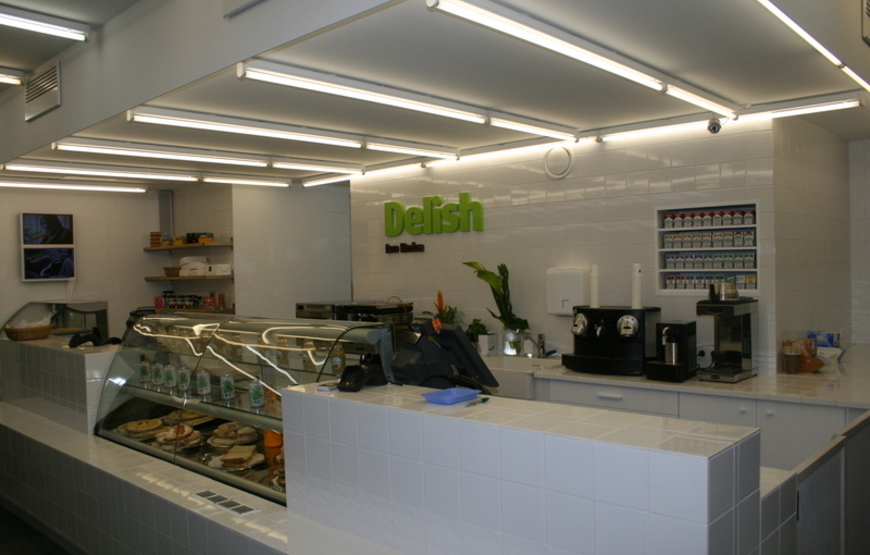 Delish is a Finnish convenience chain established in 2007. It opened its first store New Years Eve 2007/2008. The concept was built on a chain-operating mode and now after 2 profitable years,

History
Delish Oy was founded in June 2007 and used a Finnish design agency Now and a Swedish marketing agency Umlaut to develop the scalable concept for Delish. We funded the company through an early version of crowd funding and raised over 400.000€ for development of the concept and to open the first store on Iso Roobertinkatu in downtown Helsinki. All the processes we built have always been built from a chain perspective and we are now after 2 profitable years ready for an aggressive expansion. To enable us to reach our goals we need to raise another 450.000€ to further develop the franchise concept and then build 1-2 franchise stores during 2013.

To Fund the expansion of Delish Convenience stores, Delish will need a minimum of 250.000€ to start the next store on a franchise basis. If we would reach the target investment of 450.000€, it would enable Delish to open 2 new franchise stores during 2013. The expansion of Delish Oy is to grow through Delish Franchise Concept stores across Helsinki and the main cities in Finland. With the Delish Franchise Concept, Delish Oy will secure the rental agreements and build afully functional stores for the franchisees, which in return pays a percentage of its turnover to Delish Oy. Delish Oy will make all the deals with the main suppliers for their visibility in the store and negotiate the marketing campaigns that will be visible across all the Delish stores.

The Delish values are:

For suppliers Delish aims to be a showroom for supplier in central locations, enabling them to launch new products throughout the year and test new concepts.

By growing, Delish will benefit by lower supplier prices, which is currently the highest cost, more revenues from suppliers in terms of store visibility and marketing campaigns and ability to make own collective agreements. By opening a new Delish, the current store would increase its profit by shared overhead costs and by achieving higher rebates from our suppliers. So by adding one more store the current store will be more profitable as well as gaining revenue from the franchise stores.

Gas stations
Tend to be open 24/7, but there are not too many in central downtown locations

Normal stores
Even though some have extended the opening hours they still tend to cater to a different customer purchase behavior.

Invest now for a Delish in your neighborhood!

We will sell shares for 2€ per shares with a minimum investment of 20€.

Experienced and committed team behind the idea.

Coming soon!
Preview
Austria
Growth
Food and Drink
Previous Next
Home › Invest › Bring Delish to a location near You!