The makers of laboratory revolution

Up to 30% of Research & Development (R&D) time is wasted in manual labor and unproductive routines. Sofica focuses on bridging this gap.

Up to 30% of R&D time is wasted in manual labor and unproductive routines. Compared to increasingly automated production, the R&D suffers from an automation gap preventing the industry 4.0 profits from realizing. Sofica focuses on bridging this gap.

It all began more than 15 years ago, when the founders of Sofica were working on tripartite collaboration projects for developing camera technology with Nokia, STMicroelectronics, Qualcomm and other global giants. Already then the founders were puzzled by the silly amount of manual labor – with consequent delays and errors – needed in camera R&D.

Their observations were waiting for the right moment, until in 2010 the founders decided to tackle the R&D problems with the new automation. Using a lean startup methodology, the company developed several measuring products to increase the automation level of laboratory work. However, these products, such as stand-alone “camera testing box”, did not quite meet the customer demands, so the company pivoted its strategy in 2016.

The parts that sparked the most interest in the previous products were the flexible Smart Lab Engine software platform that controlled the box, and the physical robotics solutions. At pivot, these elements were separated and implemented to a real-size laboratory space to create a co-working laboratory. This new concept was received enthusiastically – not least because the customers were able to integrate their own measuring equipment to Sofica’s platform. The concept started developing and new customers emerged, particularly from the Chinese market.

From concept to business

Today, these concepts are being sold to the world’s leading customers, particularly in Asia and China, but also to the Western market. So the idea has developed past the research stage to be a part of a functional industrial environment and a growing, profitable business for Sofica.

Sofica has been working on its global sales channel strategy. Since 2016, we have collaborated with Imatest (USA), which is the de facto standard in the camera industry. Imatest has a global, carefully selected and professional dealer network. According to our strategy, Sofica utilizes the most suitable dealers in this network in selected markets. The first chosen sales channel partner operates in the China and Taiwan region, and the collaboration has proven to be very successful. Sofica also sells its product independently within the limits of available resources. Other partners such as ST Robotics also complement the strategy.

The next steps set the goals even higher: Sofica seeks steeper growth from the broader R&D automation. Working our way from the laboratory automation, Sofica adds more automation layers and increased autonomy phase by phase, until the whole R&D is integrated with the production automation – making the new, fast and profitable R&D 4.0 a reality.

About two years ago, Sofica realigned its strategy and set a goal for doubling its revenue annually. This has been realized successfully. The deals in China and Canada (AMD, Huawei) will raise the Sofica revenue to a level of about €0.5 M during the first third of the 2020. This will probably result in a positive profit warning for the entire year’s accumulated revenue, which will approach a level of €1M. This means the set goal for doubling the revenue will be exceeded.

Towards the bigger autonomy

The driver of our future growth will be the broader R&D automation. With the emerging of autonomous, self-driving vehicles, the automotive sector has a rapidly growing need for R&D in sensory technology as well as the corresponding imaging algorithms. This calls for heavy investments in automated measuring and analyzation, resulting in a steep growth in Sofica’s market. Also the shipyards and workshop machinery see similar development.

The development of cameras and other sensors in electronic fine mechanics and semiconductor industry is also growing. These figures steadily increase the demand for automatization solutions in sensory and camera R&D.

These customers prove the existing and growing need for the current solutions by Sofica. With the new product applications, they lay the foundation for significant growth potential in the future.

Current competition within the customer

Currently, Sofica is mainly automating the measurement and analytics  in the camera and sensory industries. Our competition comes mainly from the customers – the solutions they have built themselves. In these cases, the key issue is to convince the customer to invest to Sofica’s solution. The ways to secure our position against this “zero competition” are rapid and agile product development, quick integration to customer systems without months of development and minimizing the need to use customer resources to their potentially costly own experiments.

Sofica’s main outside competition is German Image Engineering, which is a well-known supplier that has been used by our customers for a long time. However, we have already won this competitor several times in tender phase by raising our level of automation. By offering better value, we can maintain our competitive edge in the future as well.

The future competition against system integrators

In the future, as we automate the R&D in a broader scale towards R&D 4.0, the company will likely enter a new competitive environment. In this big field, the competition will come from system integrators such as big technology providers. On the other hand, these operators will be potential sources of an exit later on.

In this phase, Sofica’s competitive advantage will be that we come from laboratory automation, while the major competition comes from quite different direction. Sofica also has the option to retreat back to the core business in case the competition gets overwhelming. To provide camera and sensory laboratories with automation and robotics demands specific understanding, forcing the opposing system integrators to gain the necessary know-how in order to compete. As the future competition is difficult to predict, Sofica has to rely on its agility and expertise to win each battle as they come.

Intellectual property as an asset

Because Sofica has gathered a lot of know-how during its many years of laboratory automation, our competitive edge comes from our unique innovations. Sofica already has one patent but there is a plan to broaden the patent portfolio as suitable concepts come along. This can form an important base for our competitive position.

How far the funding goes?

Sofica seeks funding of max. €1.4 million. This is enough for a certain level of growth. Naturally, the need for additional funding to ensure growth within the next few years may still arise. The primary answer to the need for extra funding is profitable growth, where the cash flow financing can be used for growth and R&D in a scale of millions of euros. The fact that the business focus will probably be on hardware for the next 3–4 years may cause the need for additional growth funding. In the future the emphasis will be on the control software and APIs, which will reduce the need for hardware investments and thereby also the need for extra funding.

As planned, the revenue has been doubling each year. The coming years indicate a chance for even faster growth. Due to the minimal need for tailoring of our product, the EBIT margin is estimated to remain good at 25–35%, although it can drop slightly to about 20–25% in the later years of growth. This enables financing significant R&D investments with the cash flow already within the current business concept.

For the revenue growth, Sofica has estimated some different possibilities for the growth path. The basic growth path will include development steps based on ongoing growth achievements.

This calculation shows a remarkable growth potential. The current product concept with a few minor extra features would increase the revenues in the China/Taiwan and USA/Canada markets only €13.5M + €10M, adding up to €23.5 million for the year 2023. This calculation does not include the European, Japanese, Korean, Indian or Southeast Asian markets. 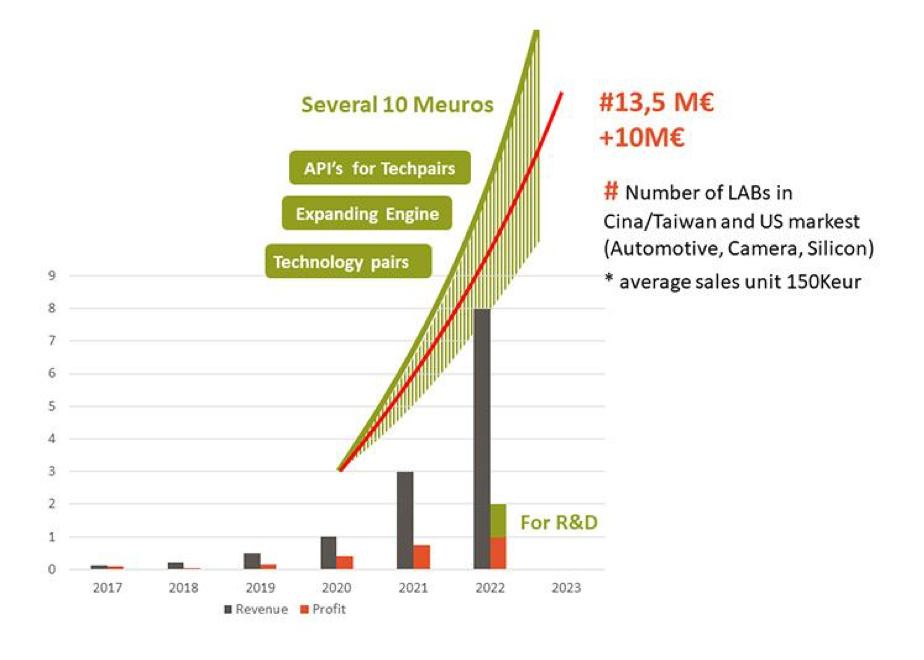 The additional high growth possibility lies within the development of R&D 4.0 business. This goal has a potential for staggering growth factors that cannot even be realistically estimated at this point.

The estimates based in current reality are presented in Medium curve, which presents a possibility for significant growth. The growth percentage in the following four years is estimated to fluctuate within 80–200% each year. As the Sofica market areas are expanded in phases, the next phase will include evaluating the possibilities of Japanese, European and US markets.

The advances towards more laboratory automation mean more added value to Sofica customers, which translates to more profitable projects. The current technology enables automated co-working laboratory, which is gradually developed towards a greater autonomy level and broader integration to R&D as well as production

The R&D of cameras and other sensors in fine mechanics and semiconductor industry will continue its stable growth. These figures show steady growth in the automatization need in these segments.

The automatization of the automotive sensor (Camera, LiDAR) R&D will significantly grow our customers’ automatization investments to their product development. With the fast growth in autonomous vehicles, the self-driving machinery other than cars will boost the need for automatization. The new segments can be shipyards, contracting machine manufacturers etc.

One engine, many possibilities

Our customers often have laboratories outside the camera segment as well, such as optics and audio laboratories. The flexible Sofica Smart Engine control software can control them as well, combining the data streams between different laboratories. The same engine can also be sold separately, with customized APIs for the existing customer equipment. New technology pairs such as 3D prototype printing can also be added.

What does a bunch of serial entrepreneurs, global tech experts, imaging specialists and business angels have in common? It’s the passion that drives every startup: to come up with a better solution to a known problem. Sharing over 40 years of experience, the six Sofica team members know what they are doing – combining youthful enthusiasm with market-proven expertise. 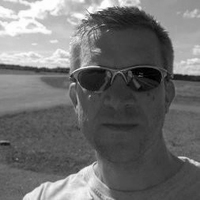 With 15+ years of tech competence in imaging and software and years of entrepreneurship, Mäkynen runs Sofica’s product and service portfolio to serve our customers’ business objectives. 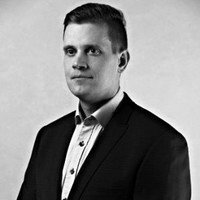 Myllyperkiö takes care of the Sofica culture, keeping the team motivated and on the right direction. He deals with the legal and tax matters, nurtures the partnerships and optimizes marketing efforts. 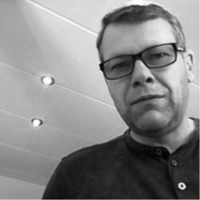 With a long history in the international IT and services industry, Koivu is an expert in startup funding, business development and robotics and automation technology. 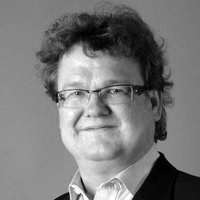 Saarinen combines academic knowledge with hands-on experience in building a billion-dollar company from the scratch. His networks and history make him an invaluable asset. 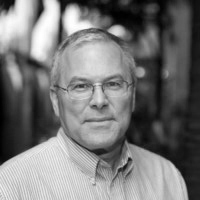 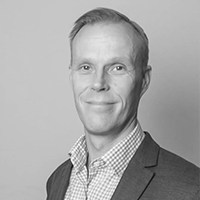 Member of board, Partner

Kamppinen is an active owner in many SME companies.  With experience in ICT and healthcare he has built many succes stories up to the exit and funded many Finnish startup companies.