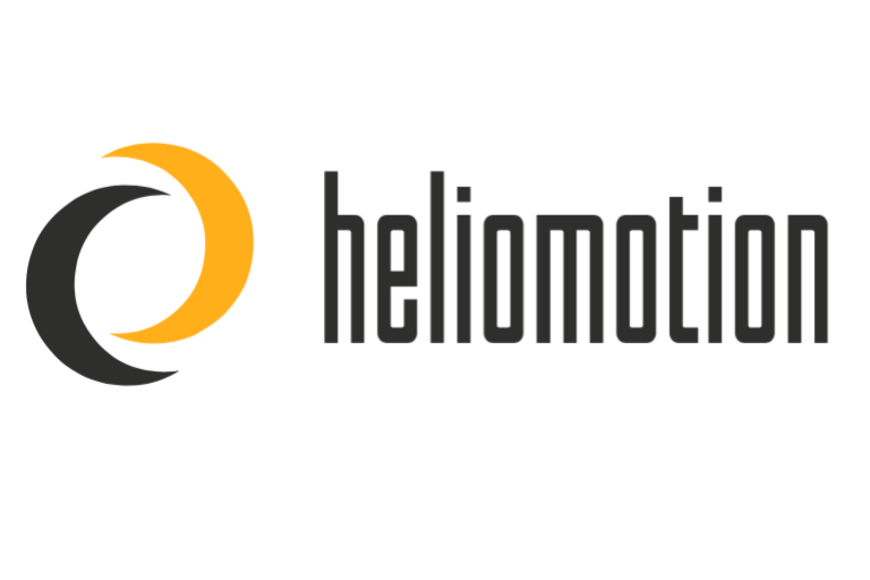 HelioZenit has a unique product for house owners who want to generate their own renewable energy: the tracking Heliomotion Home Solar Power Plant generates electricity at full power from sunrise till sunset.

There is a growing awareness worldwide of our need to move into a post-carbon era of renewable energy sources in order to address the dual challenges of climate change and energy scarcity.

The energy consumption of a typical household shows two daily peaks: one in the morning and a second in the late afternoon. In warm climates the consumption peak in the afternoon is often accentuated by the turning on of air conditioning equipment as families return home. Many utilities strive to encounter the ensuing overall surge in power consumption by raising the electricity costs for the consumers during peak hours.

Our vision is to make Heliomotion a part of the overall solution by allowing private consumers to generate their own renewable energy. With the energy generated at no cost by a Heliomotion Home Solar Power Plant, a considerable part of the power load can be moved off the grid, thus contributing to a reduction of consumption peaks and power shortages, ultimately aiding in the achievement of climate goals and in reducing our dependence on fossil fuels.

HelioZenit was founded in 2008 from a spin-off project of the company Chemcool, specializing in the storage of solar energy on a household scale.

This was achieved by mounting high efficiency solar collectors on a tracker, continuously following the sun from sunrise till sunset. Our tests confirmed that this gave an energy yield of factor 2-3 compared to the same size stationary collectors facing south.

What originally was a project focusing on thermal solar energy was later expanded into photovoltaic electricity, the principle of turning the panels to follow the sun for maximum output remaining the same.

Present situation with rooftop solar installations and their challenges

The conventional way for a house owner to use solar panels has always been to install them on the roof of his house.

Rooftop installations have some obvious and less obvious limitations; be it physical (orientation and structure of the roof), financial (costs of installation and ROI), output-related (the relation of electricity generated to electricity consumed) or aesthetical.

With a stationary installation the orientation of the roof is important. The highest yield of electricity is achieved from a solar panel facing straight south (or north in the southern hemisphere), at an elevation angle calculated based on the latitude of the location.

The orientation of a house is largely dictated by the shape and size of the land where it is built so it is not a given that a roof will have an ideal orientation.

With rooftop installations the actual solar panels are no longer the biggest part of the total cost. The prices of solar panels have plunged in the last 3 years; in 2016 the prices dropped 30% for the lower range panels, less so for premium panels.

The biggest investment is the actual work of installing the panels. A professional crew, using adequate lifting equipment and security arrangements, should always do this work to ascertain that all fixtures and electrical fittings are done properly and according to applicable requirements and regulations.

When making a financial evaluation of the installation, all the equipment and work involved should be summarized and placed in relation not only to the amount of panels installed or the theoretical total output produced in kWh, but also specifically to the amount of useful output in kWh.

For the solar panel this translates directly into a sinus shaped output curve, starting slowly in the morning, peaking at solar noon, and immediately beginning its descent towards evening.

The electricity consumption in a typical household normally shows two peaks: one in the morning and one in the late afternoon as the family returns home and many appliances are started up again.

The consumption peaks typically occur well before and after the output peak of a stationary installation facing south.

We recognized early on that in order to get maximum output from the sun the solar panels should always be directed straight towards the sun; not only at noon but constantly tracking the sun from sunrise until sunset.

Many large utility solar stations use this principle as they build huge tracking units on massive concrete columns carrying up to 50 and more panels per unit.

The Heliomotion Home Solar Power Plant is a light version of those large trackers, designed to provide private homes with an extremely efficient, affordable and easy way to generate their own renewable energy.

Here is how the Heliomotion concept counters the challenges and limitations that stationary rooftop installations face:

The enormous potential and the benefits of solar energy are becoming more evident than ever. Solar energy is rapidly becoming one of the major players in power generation, along with wind, hydro, fossil and nuclear fuels.

In 2016 alone 76 GW of new solar capacity were installed worldwide, corresponding to the output of 50 medium-sized nuclear power plants. A large part of this new capacity came from residential installations, showing how also private house owners increasingly choose to generate their own renewable energy.

Our main target is to establish ourselves as a significant supplier of small-scale solar power plants for private houses in towns, suburbs and countryside, as well as for remote cabins and other users looking to reduce their dependency on fossil fuels and/or utility power.

Traditionally the way for a house owner to generate solar energy has been to commission an installation company to build a rooftop installation for him.

With the Heliomotion Home Solar Power Plant we are introducing a completely new concept on the market; small size tracking solar units. Being (as of yet) the first and practically the only supplier of such plants our main competitors are the traditional rooftop installers, offering complete turnkey packages of panels, fixings and the works.

There is one other European manufacturer that we are aware of, offering a tracking solution similar to the Heliomotion Home Solar Power Plant. However at 3 times the size and 4 times the price compared to our product it is evident that we are targeting different segments of the market.

HelioZenit present situation on the market

Being based on the Aland Islands we view Aland not only as our home market but also as an important test market during our startup and growth phases. During these phases our main focus was on developing, improving and finalizing our product.

Total sales on Aland over the last 7 years were 35 units, which is a small number by most measures. The reasons for not having reached higher sales have been our limited resources, which we have focused on the technical development of the product rather than sales.

Having had Aland as a test market has been extremely valuable for us, as we have had the opportunity to receive first hand feedback from our customers, and have had the opportunity to identify, analyze, repair or replace any parts that have not met requirements. It has allowed us to optimize our choices of all materials and components used in our trackers and to fine-tune all software and hardware.

Aland not only has the highest amount of sun hours per year in Scandinavia, but it also frequently has severe storms and cold winters with much ice and snow. We are confident in stating that our products have been designed and built to withstand extreme weather conditions and have successfully passed actual real life field tests.

There is a growing realization among house owners of the advantages of a freestanding tracking solar power plant versus a stationary rooftop installation.

Recognizing that Aland is a miniature size Scandinavian “state” by all criteria: social, business and political infrastructure, living conditions and wealth distribution, it is logical to draw parallels to our closest neighboring markets: the Finnish mainland and Sweden.

Sales have already begun both in Sweden and Finland: there are Heliomotion Home Solar Power Plants installed in Stockholm, Gothenburg and on Gotland, as well as on several sites on the Finnish mainland from Helsinki in the South to Rovaniemi in the North.

Lasse brings more than 20 years of international experience and knowledge in the energy sector from his years at ABB Power Generation in Switzerland. At ABB he served first as a design engineer, later as project manager and sales engineer of power plants before moving on to head up the strategic market analysis team at the global HQ of ABB Power Generation in Zurich.

Over the last years Lasse introduced the products of a German manufacturer of building materials to the Finnish market, building up an annual turnover approaching one million euros.

Ray Olsson has been involved in solar energy generation and storage during more than 20 years. Ray is the holder of countless patents on solar products and systems.

Ray has previously worked at the Royal Institute of Technolgy in Stockholm, at Tepidus Ab, CCM instruments, Balzers & Leybold, SunCool Ab. Ray works as a consultant to the Nasdaq listed energy storage company SaltX, where he is also a stockholder.

Mikael has a Masters in Information and Communications Technologies from the Royal Institute of Technology in Stockholm. He is our specialist on industrial design, manufacturing, programming and CAD.

Mikael has developed and optimized most of HelioZenit’s products and systems both in terms of output and cost efficiency, as well as logistics and production. 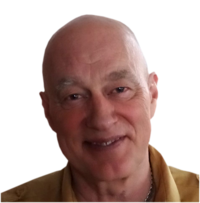 Yngve is our electronics specialist and is the man behind all our circuit board designs. Yngve and Mikael together have developed all hardware, software, and the entire technology in our Heliomotion trackers.

Yngve has previously worked as an electronics designer at ABB, SMHI and the Royal Institute of Technology in Stockholm.