From Juuri to Latva and Pihka

Restaurant Juuri, known for its inventive tastes, has been raising the standards of Finnish gastronomy for ten years already. Next, the cluster of enterprises upon which critics and customers

Restaurant Juuri was founded, because it had to be. In the early 2000s Finnish cuisine was not numbered among the favourites, although many Finnish ingredients are of uncontested quality. Juuri was born to lead the charge in favour of native tastes and proved to be a success soon after its opening.

Finnish food culture is an assemblage of regional cuisines, long traditions and fresh ideas. These are the elements utilized by our cluster of enterprises in providing customers with wonderful taste experiences. The cornerstones of our philosophy are locality, purity and authenticity. We firmly believe that delicious quality food does not need to be extravagantly expensive, and demonstrate this in practice every day.  This has led to a situation where both customers and restaurant owners win. It is this most of all that encourages us to push higher and farther than ever.

A short history of Juuri

2004, in 15th November at 11 o’clock, Juuri opens its doors for the first time! The founders are Ilja Björs and Jarkko Myllymäki.

2008 Mention in the Michelin Guide (and every year thereafter).

2010 Restaurant of the Year of the Finnish Gastronomical Society.

2011 Latva Bar opens: a wine bar where Finnish microbrewery beers and cocktails are accompanied by the famous Sapas of Juuri.

2012 Participation in Taste of Helsinki

2014 The first Pihka is opened in Ruoholahti in March. Pihka is a new kind of idea about what a staff restaurant could taste like.

2014 The book Juuri Nyt - Suomalaisen keittiön uudet klassikot (Juuri Now - The New Classics of Finnish Cuisine) comes out in May.

2014 in August, the festival tent of the Helsinki Festival and the Experience Helsinki event at Kansalaistori

2014 in November, the second Pihka opens its doors in Sörnäinen 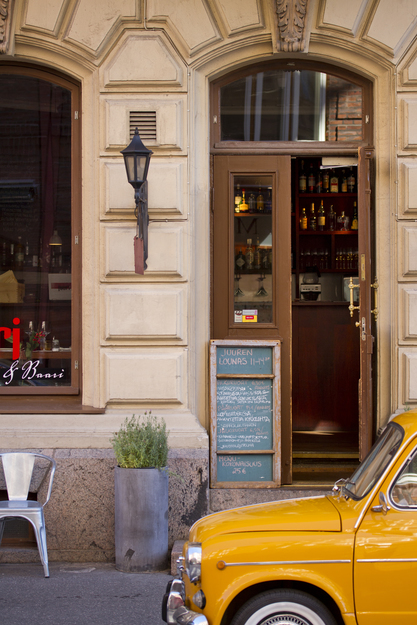 Juuri, Latva and Maritori together form the enterprise Zipuli Oy. Juuri has stabilized its position as one of the best restaurants in Finland and enjoys esteem both in the home country and abroad. Latva takes the philosophy of Juuri to the bar world by serving customers with local beers, organic wines, quality cocktails and the Finnish Sapas known from Juuri. Maritori, the staff restaurant of Marimekko, functions as the very own restaurant of the Marimekko personnel, but welcomes everybody else as well at lunchtime.

After a long design process, we decided to start constructing a new kind of concept for the staff restaurant in Finland, one that aims at changing the way in which the working Finn eats during workdays. The first Pihka opened in the March of 2014 in the office building Dimensio in Ruoholahti. Pihka is a new kind of idea about what a staff restaurant could taste like.

The restaurant-like realization of Pihka takes the customer’s thoughts away from the traditional canteen and enables deliciousness also in the everyday context. At the core of the Pihka concept is the gastronomical know-how developed at Restaurant Juuri, which leans on native Finnish tastes.

Apart from great taste experiences, the healthiness and diversity of food form an essential part of the Pihka concept. At lunch is available the Green Table of Pihka, full of the season’s vegetables and salads. In addition there are meat, fish and vegetarian dishes. The icing on the cake is a daily changing soup and warm bread fresh from the oven of the Juuri bakery. A small dessert or fruit and coffee from Helsinki Coffee Roastery round off a gastronomical experience as practical as it is delightful.

Another inalienable part of the functioning principles of Pihka is in-house catering for meeting spaces and companies. In Pihka, we offer the expertise of Juuri in the form of catering, something that opens up new possibilities for the client. Pihka will also function as a sales point for high-quality Juuren puoti food products. The deli concept will be brought to the Pihka restaurants of Ruoholahti and Sörnäinen in late 2014.

A new" Juuren Puoti -deli" shop concept will be implemented in the new Pihkas: it will include a lightweight shelving with an embedded refrigeration unit. Approximately 20-40% of the products sold in these deli shops are our own branded products from Juuren Puoti, with the remainder being products either we use daily or that are advocated by us. Our own branded products will be of high quality and in accordance with our food philosophy. These brand products will be used in all the company's places of business, and additionally, they will be sold through a small number of external special shops. Later on, the retail of this product family will be expanded to also include grocery stores.

Sodas (lemonades): currently includes two different flavors (strawberry-gooseberry-star anise and spruce shoot-gooseberry), with at least one new flavor planned for this year and several different ones for 2015.

Juices: including both juices and juice concentrates, made from Finnish berries and fruits.

Chips: including both root vegetable chips and flavored potato chips; ready by the end of the year.

Convenience food series: partly ready by the end of the year.

The growth forecasts of the business plan for the current financial period are based on the first financial half-year period, it being multiplied by two. This forecast also takes into account the estimated sales from the Helsinki Festival (15.8.-31.8.) and the opening of Pihka Lintulahti in November. In the growth forecast for the next year we will assume that the status quo will remain, excluding this new Pihka.

During the following years we will open 2 new Pihkas every year. Their cost structure will decrease, because the bigger investments for both the Pihka concept and Juuren Puoti -deli shops have been made during the financial periods of 2014 and 2015. The growth forecasts are currently estimated to be very moderate and the overall growth rate may actually be a lot bigger than currently anticipated. Turnover growth is directly correlated to bigger rate of return.

2) Establishment of the Pihka brand, administration and planning costs, visual architectural look of Pihka, graphic design and the creation of the brand. Costs approximately 25k €, paid from the company's reserves. 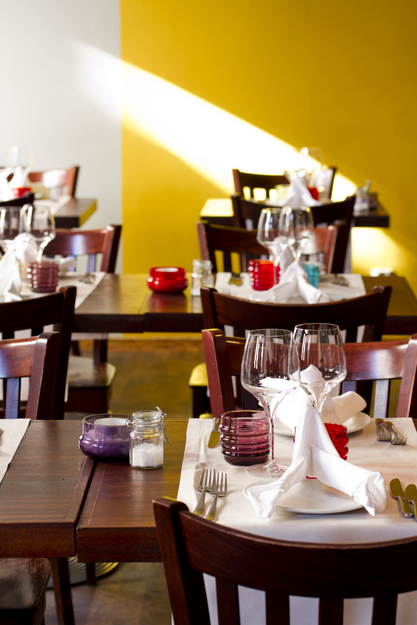 At Juuri one finds careers unusually long in the restaurant business in the service of a single enterprise. Apart from the owners, the team members reflect the entire ten-year span of activity and expertise both at Juuri and at the other units. 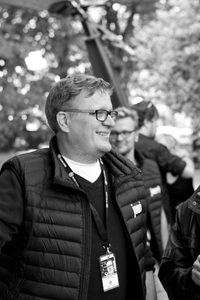 The father of the Juuri food product and food philosophy. 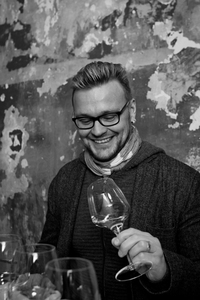 Chairman of the board, founder

The creator of the spirit of the hall of Juuri. Chairman of the local chapter of Southern Finland of the Finnish Hospitality Association MaRa, member of the entrepreneurial committee, the work life group and the skilled workforce committee of the Confederation of Finnish Industries. 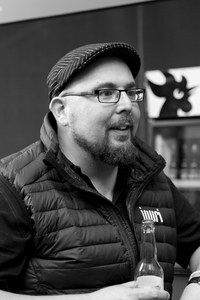 The soul of the enterprise’s food product. 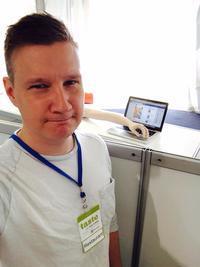 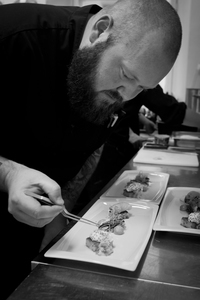 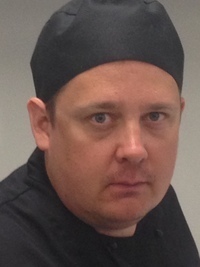 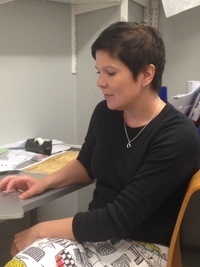 Line manager of Pihka At Juuri from 2011.