Bon Red – the good red oil. The nutritional benefits of red palm oil have only in recent years begun to receive media attention. Red palm oil is not widely available, nor are its benefits widely known, outside the producer countries.

Our company was founded in the spring of 2013.

We look for foodstuffs to bring to the market that have a strong story somewhere.  We use the particular strengths of each product to market it in new market regions.

Around a year ago we discovered red palm oil.  It was a chance find; however, there was an immediate connection, as the chairman of our board’s son-in-law is from Africa.  Red palm oil has been used in Africa for thousands of years.  It is also widely used in the Far East.  Red palm oil contains a number of nutrients.  It has large amounts of carotenes, which are precursors to vitamin A.  It also contains a strong E vitamin known as tocotrienol.  These and other nutrients mean that red palm oil has a powerful antioxidant effect.  The oil is suitable for cooking and frying, as it has a high smoke point of 230°C.

Although red palm oil is very popular in Africa and the Far East, it is not very well known in the West.  That is now changing.  Discussion about red palm oil has started to take place in the US and sales are increasing.  Until now sales growth has been impeded by the strong African taste and scent inherent in the product.  Free fatty acids (FFA) produce the strong taste in the oil if they cannot be removed from the oil quickly enough.  The product has been also solid at room temperature.  We wanted to find a product in which these issues had been addressed, so that we could bring the benefits of red palm oil to more consumers in the West.

The following links provide some insight into discussions taking place:

We began searching around the world for red palm oil in which the nutrients are still present, the taste and scent are mild, and the consistency is such that it remains liquid at room temperature.  We received several samples from around the world, and we found the product we were searching for in the Far East.  It is produced in a large facility where they are able to process the oil in such a way that it keeps its pleasant taste and is liquid at room temperature.  Our oil is 100% RSPO certified.

The product is shipped to us in barrels.  We bottle the oil in Turku, using nitrogen in the bottling process to keep the oil separate from oxygen.  This gives the oil a longer shelf life.  We work together with a Turku based food laboratory in order to ensure the high quality of our product and the functioning of our quality management system.

As far as we are aware there are currently no similar products on the market elsewhere in Europe, except Great Britain.  If we act quickly, we can be among the first red palm oil products to enter the European market, and the first on the Finnish market.

Bon Red’s supplier/producer is ethically conscious.  The company’s certifications include RSPO, food BRC, Kosher, HALAL, Swiss Vitamin Institute, HACCP, ISO 9001:2008, GMP and Mesti certificates.  These show that the growing and production processes associated with our oil are carried out ethically and with regard to the environment.  We maintain personal contact with the producer in order to ensure mutual trust and that standards remain high.

On average, oil palm trees yield crops for around 25 years.  The undergrowth is allowed to grow on the plantations, the area does not need to be fenced in, and the plantation needs little more tending than to collect the harvest.  The harvest from oil palm trees is 13 times that of soy plantations per hectare; oil palm plantations produce over 8 times more oxygen than the equivalent area of soy plantation and absorb over 8 times as much carbon dioxide.  The productivity of oil palms is also many times greater than that of other oil plants.

We have invested around 40,000 euros ourselves and we have received funding from Aktia Bank and Finnvera.  In total, we have invested around 150,000 euros in product development, preparing marketing material, producing software to aid sales, setting up the bottling facility and acquiring materials.  The bottling facility is online and our first orders were dispatched at the end of September.

We have an agreement to work with well-known Finnish chef Harri Syrjänen.  Harri presented the second series of programmes of MTV3’s food series ‘Saaristoruokaa’ (‘Food of the Archipelago’).  The episodes will be aired next summer and Harri uses our Bon Red oil as an ingredient in three different dishes.  Harri recommends Bon Red oil and we have the right to use his pictures.  He is also otherwise available if needed.

So far Bon Red oil has been sold to all the Turku area Citymarkets, all the Turku area Prismas, Wiklund-Herkku in Turku, the Citymarket in Espoo’s Iso Omena shopping centre, Mestarin Herkku in Jyväskylä and a number of Turku region K-Supermarkets.  Both Kesko and SOK Inex are interested in our oil, and will be taking it into their ranges at some point.  We have also been in negotiations with a Chinese company with an office in the Shanghai area.  We sent them some product samples; they are interested in our product and plan to sell it in China. We intend to market our oil in healt shops and variety of small stores that sell food.

We have been in contact with food magazine writers and editors as well as food bloggers.  Three food magazines are interested in featuring an article about our red palm oil.  We also plan to use specialist services to help approach newspapers and magazines.  The Turun Sanomat and Turkulainen newspapers have already featured our product.

We have conducted consumer trials.  A significant finding in trials was that most of the participants wanted more of our oil after trying it – many asking for it in larger bottles.  The attached file includes user feedback about our oil.

User experiences have been positive:

Maybe the best comment: “I’d be surprised if, after trying this oil, someone would use any other oil.  This is such a fantastic oil.”

The primary target group is all households.  Our oil differs in a number of positive ways from competitors’ products.  According to our consumer research a fairly large percentage of those who tried the product want to switch to using our product; this suggests that the number of users will increase accumulatively as marketing progresses.  Also some Africans, who have already been using traditional red palm oil, want to use our oil in the future because of its milder taste.  Our challenge is not selling our product to the retailers but making it known to the consumers.  This challenge we will address as outlined in the attached marketing plan.

Our product is packed in 250 and 500 ml glass bottles with an aluminium cap.  The consumer price is around 6 euros for the smaller bottle and around 10 euros for the larger bottle.  The product has a good profit margin.  We will also offer a bottle packed into a wooden box; this is designed for businesses to use as a promotional gift.   The box will feature the Bon Red logo and the customer’s own logo.  We also plan to sell the product to the HoReCa sector in larger containers.  We will also soon open an online store to sell the product.

Our competition is mainly from three product groups:

Good oils for frying, such as coconut oil 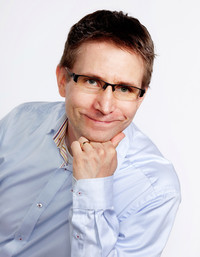 Juha has a master’s degree in economic sciences, specialising in industrial business. He also has experience of entrepreneurialism through his family’s knitwear business. He is currently working part-time as financial director for Vaasan kristillinen koulu (Vaasa Christian School). 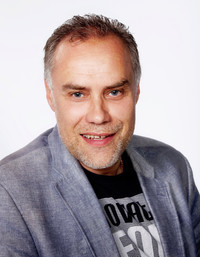 Harri Niemelä is responsible for branding. He has many years’ experience working with corporate image and branding. Harri is motivated and enjoys the challenge of developing a new brand. 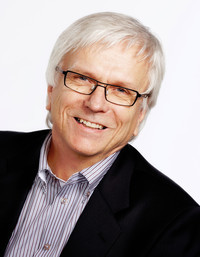 Shareholder, Chairman of the Board

Markku has many years’ experience of being an entrepreneur. He has also worked as a consultant and in training. Markku is interested in developing and maintaining good contacts and working relationships. He also enjoys the challenges in sales.

Retired. Osmo has worked as a production manager and managing director, both as an entrepreneur and for other companies. The experience Osmo has makes his mentoring a significant asset to the company.
Risker

The largest foreseeable risk is that product stock circulation is too slow in stores.  We aim to be particularly active in promoting stock circulation.  We have already held numerous product presentations in stores and will continue to do so.  Stock circulation is likely to be slower if we do not have sufficient funds for effective marketing.  If we are not able to make a visible entrance to the market quickly enough, a competitor may do so before us. In the balance sheet, the long-term liabilities € 130,887 is a risk.