The mission of the company is to make exercising and active lifestyle fun and versatile with gamification and sensor technology. Play and feel well!

On the sports and wellness business, the turnover is traditionally generated from services built around facilities and equipment. Accordingly, the turnover of the game industry consists of pure creative content, in-game purchases and third party advertising. Both sectors meet similar challenges, however, such as continuously increasing costs in getting new customers and customer loyalty in the middle of ever-tightening competition.

Gamification, sensors and mobile games provide tools for promoting activity and a healthy lifestyle for the everyday life of all age groups. The Fitness Village concept connects mobile gameplay and exercise in a new, fun way. The Fitness Village ecosystem transforms the benefits of exercising to digital currency, which can be utilised within the games or even as real money-valued benefits in fitness centres and other co-operation partners. (Patent pending: 20165297 “A system and a method for converting exercise activity into user credit” Applicant: Fitness Village Ltd.) The concept brings exercising to your home couch and encourages people to do it more.

Fitness Village Ltd is the leading company in the TEKES-funded FiVi project. The project creates new, research-based, international and scalable business in co-operation with enterprises and research organisations. We also actively seek co-operation companies, which suit the theme, to promote their own products and services to the customers of the ecosystem.

According to a new doctoral thesis, the digital exercise games may especially encourage those who otherwise exercise less. The players may receive the exercise as a by-product, without the players even noticing that they exercise. [Reference]

The Fitness Village ecosystem combines entertainment, activity, health and exercise under one single brand. The customer is allowed, from his/her home couch, to learn a mobile game, which grabs him/her into a more active and healthy life.

HOME: At Home on the Couch

At home on the couch, the player can get to know the story of the game, develop his/her character in a virtual gym and compete in entertaining “training games” with other players.

When going out, the player may open the map view and collect bonuses found along the way, and also get to know the partner companies in the area and their promotions, which can easily be used from within the game. Each step outside provides the character with training currency and other virtual items.

Whether the player already is an active exerciser or a beginner, being active gives benefits directly to the game. The player may use the sensor that measures activity and practice just that activity that pleases him/her. 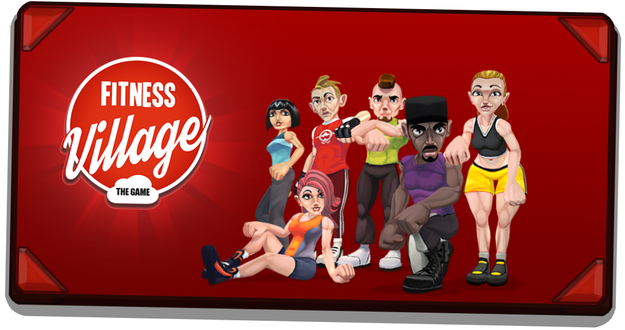 Approximately half of the market described above is aimed at Fitness Village’s target group, the age group of 14 to 35, which means a total target market of $60 billion. Assuming the intersection of the wellness business and game industry is around 2.5%, this means a market share of $1.5 billion.

Of this market, the Fitness Village ecosystem is aiming for an annual turnover of $150 million, i.e. an approximately 10+% share of the whole market. Interest in sports and wellness services has greatly increased in the past few years. The share of potential customerships is estimated to be ten times larger.

Also the share of wearable or installable sensors measuring various sports and well-being is expected to grow to over one billion sensors by the end of 2019. In 2012 the corresponding figure was 107 million sensors. [B] In the future the global market for wireless utility devices is estimated to grow exponentially from $3-5 billion to even $50 billion within the next 3-5 years. [C] The share of devices measuring sports and wellness is estimated to be up to 50% of the market of wireless utility devices in 2018. [D] At the same time the turnover of the mobile games is estimated to more than double, from $17.5 billion in 2013 to $42.5 billion by the end of 2017. [E]

Creating an ecosystem for a new kind of service platform introduces an opportunity to take advantage of the growth potential of the sensor technology and reach a large customer base by combining the mobile games and the sports and wellness services. Also in light of advertising and marketing, combining the gaming industry with fitness and wellness services creates a new and powerful interface for customer acquisition in targeted advertising. In addition, a new kind of way to encourage and motivate people to exercise with a digital currency may help build a positive brand. 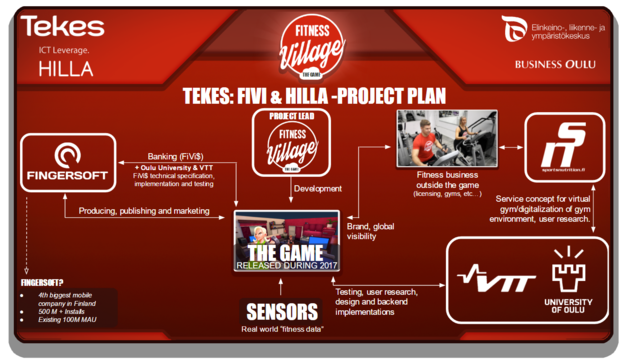 The Fitness Village team owes large amounts of know-how to the associated business sectors, which are needed for developing the concept. 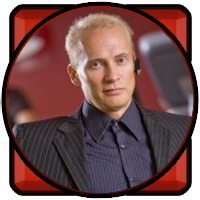 Jouni Herranen is a wellness entrepreneur, the founder of SATS Finland Ltd and a former country manager. He has over 20 years’ experience in the sports and wellness business and a US patent on the Exercise method and system, among other things. Today he is the founder and chairman of the board of Fitness Village Ltd. 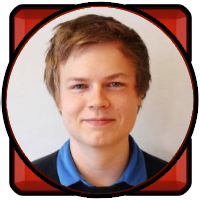 Klaus has seven years’ experience on different expert areas of the game industry. He has participated in releasing several products for different platforms in which he has worked as a graphic artist, designer, project manager and producer, which has brought him considerable know-how on the different areas of game development. For the last few years Klaus has been a game business entrepreneur.

Jari Järvinen is a long-time ICT entrepreneur who has worked in the world’s leading telecom companies for over 15 years. He has participated in developing successful products in Polar, Nokia, NSN, Ericsson and EADS. Jari is also an independent game developer who has released games in Google Play and AppStore. 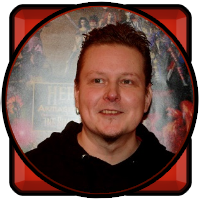 Tuukka is an experienced software developer and designer. He has been developing game technologies since the 80s. In the last six years Tuukka has participated in developing back end systems at Polar Electro. He possesses considerable know-how on fitness applications. 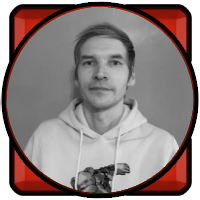 Jukka is a master of user experience and graphics. He has participated in developing successful products in several companies. For the last few years Jukka has been designing user interfaces at Polar Electro and, at the same time, designed different methods for creating scalable and responsive user interfaces for different fitness applications in mobile devices.

The company's business may be subject to market risk, i.e. what kind of popularity can the Fitness Village concept achieve and in what time frame. The strong growth in the fitness market may peak if people's sports activities change and fitness exercise is reduced. This can make it more difficult to launch the concept and start-up and grow the business.

The growth of mobile games can also go into reverse due to changes in trends, which in turn could undermine the launch of the concept and the popularity of the Fitness Village game. In addition, a global slowdown in economic growth may in turn have an effect on Fitness Village Ltd's business growth. Also the rapidly growing and popular health trend may slow down due to unforeseeable reasons, which may have direct and indirect negative consequences for the Fitness Village business.

For Fitness Village the macroeconomic risks vary by country. If the general economic situation of a country is in the short or long term slowed down by potential natural phenomena, wars, conflicts, threat of terrorism, etc., the growth of the fitness and/or mobile game market may also slow down, and thus negatively affect the company's business.

The success of the Fitness Village concept is largely based on the strong growth in the fitness and mobile game market, and to the attractiveness of the concept in combining these markets. While market studies predict both of the above markets to continue to grow, and the company expects the demand of its service to grow faster than the market over the next few years, there are no guarantees that demand will grow as predicted. In addition, the annual market growth and demand may differ considerably from current projections. A slowdown in the rate of growth of these markets may also have an impact on the company's profits. There are no guarantees either that Fitness Village’s growth would match the growth of the particular market.

The company is not aware of any legislative projects or suggestions which would have an effect on Fitness Village Ltd’s business.