Why you should make growth investments before the IPO 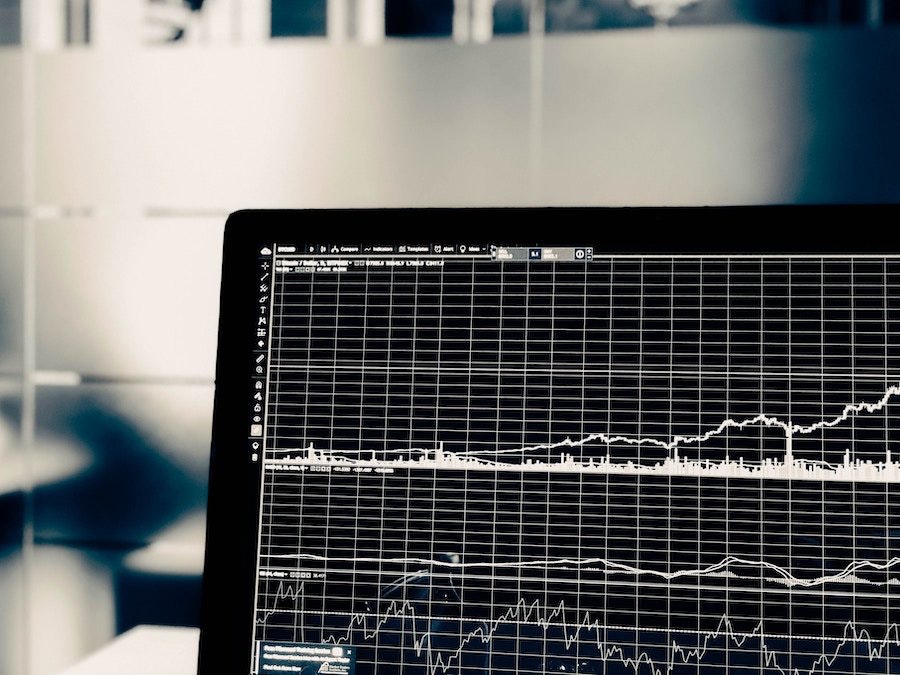 It is more the rule than an exception: an initial public offering (IPO, when a company goes public and floats its shares on a stock exchange) is disappointing to retail investors.

This is not to say that participating in IPOs would be unprofitable – historically they have, in fact, been very profitable – but that retail investors usually only get a fraction of the shares they want. This is due to tactics utilized by the investment banks advising companies on going public. It pays off to keep the public hungry.

Our view is that if you are an investor looking for high-growth investments, you are not likely to get the best deals by always waiting for the IPO. The examples presented herein are from the Finnish market, and there may be some differences across markets.

Looking for the Balanced Investment Portfolio

The premise is that we are searching for a ‘balanced investment portfolio’. Wisdom has it that an investor should diversify their investment collection, also called the investment portfolio. This is because the values of securities go up and down, and in a diverse enough portfolio one investment will generally be up when another is down.

A diverse portfolio should have both defensive and aggressive investments. The latter are what shares of most growth companies, i.e. ones that are growing rapidly but may not yet be profitable, would be classified as. Growth investments can yield the biggest returns, but on the flipside also have the biggest risks. In many cases, a well-placed growth investment can have a disproportionately large effect on the return of a portfolio.

Often when a company does an IPO and lists on a stock exchange, it is already a well-established player in its domain and is likely to have considerable backing from professional private equity investors. At this point, much of the value has already been created and professional investment funds have the company in their grasps.

Unfortunately for the retail investor, what’s left for them is just crumbs.

An important reason that companies choose to list on stock exchanges is the visibility, brand awareness and credibility they generate in the process. There is a great deal on the line when a company chooses to do an IPO, especially image-wise. So what investment bankers and other IPO advisors generally advise are tactics that result in the share price jumping higher in the first days of trading, because it sends a strong message to the public. One of these tactics is to aim for an oversubscription.

An oversubscription is a situation in which demand exceeds supply, i.e. the total number of share subscriptions received exceeds the maximum number of shares on offer. It sends a strong message to the market. One way of accomplishing an oversubscription is to divide the shares being issued into so called tranches; for example, one for institutional investors (such as pension funds) and one for the public (retail investors, i.e. common people and companies investing for themselves).

The problem for the retail investor is that the tranches are almost never of equal sizes: according to a study done for the Finnish Foundation for Share Promotion, on average 90% of the shares are allocated to institutional investors and only 10% to the public. Since the institutional investments are mostly agreed on behind closed doors, the public has to make do with what they are given.

This results in IPOs where a retail investor might subscribe for shares, for example, with €3,000 but be allocated shares just for €300.

Ironically, it is better for companies to keep the public hungry as it supports their shares’ price development. Unfortunately, this can leave the retail investor disappointed because the companies won’t take the money, the investor receives less shares and finds it very difficult to make IPO investments that would provide a considerable absolute return.

The Solution? Diversify and Invest Before the IPO

An obvious factor that makes pre-IPO shares attractive is their potential to bring high profits. For example, The Finnish Pension Alliance TELA looked at the profits over various periods from the last years from different investments by Finnish employment pension companies. Unlisted shares yielded higher profits than the listed shares. 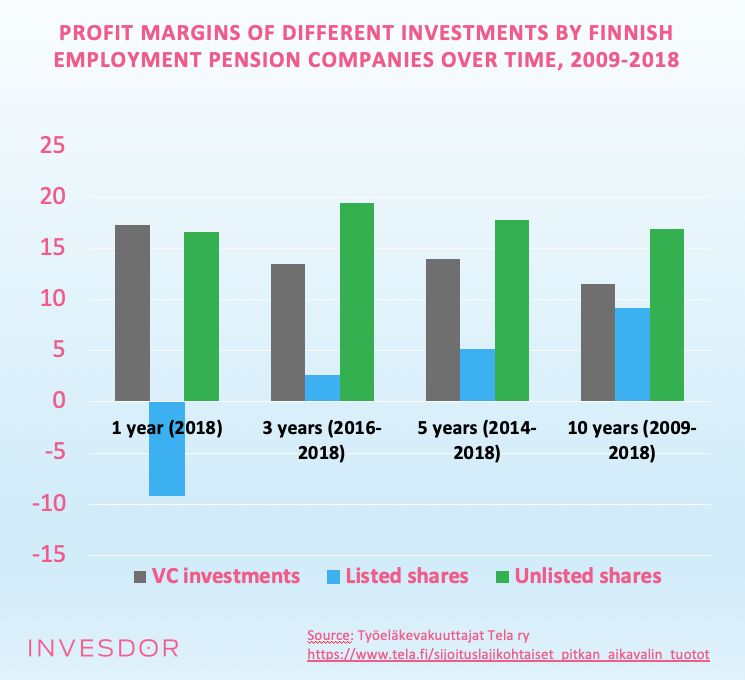 However, it’s important to bear some things in mind. First: these are professional investments with a great deal of expertise and analytical thought used to weigh their pros and cons. They shouldn’t be considered typical results - more of a demonstration that when successful, an unlisted share can clearly outperform a listed one.

Second: many early stage startups will end up failing completely or at least operating at a loss. While a 2017 study by the Finnish Business Angel Network (FiBAN) that covered 126 exits by 40 angel investors found that the exits had an impressive average profit multiplier of 3.75, it also showed that more than half (54%) of the exits made losses.

In a 2017 survey of 1,659 angel investors in the US, it appeared that the investments yielding positive results were just 11% of the investors’ portfolios. Reaching the exit stage can also take a great deal of patience: according to FiBAN, the average time for the company to develop and reach an opportunity to sell your shares is eight years.

What these results show us is that there may be opportunities for high profits in unlisted companies, but also high risks of losing all the invested capital. This makes diversification key: with a diverse portfolio with carefully considered defensive and aggressive investments, it is more likely that the well-performing stocks will balance out the poorly faring ones at any given time.

Nowadays being a mini-angel is simple as you do not need extensive contacts or a huge investment wallet to get started. On Invesdor’s platform there is no strict minimum investment, only what the target companies set - the average minimum is around €500.