Think European – including with your investments 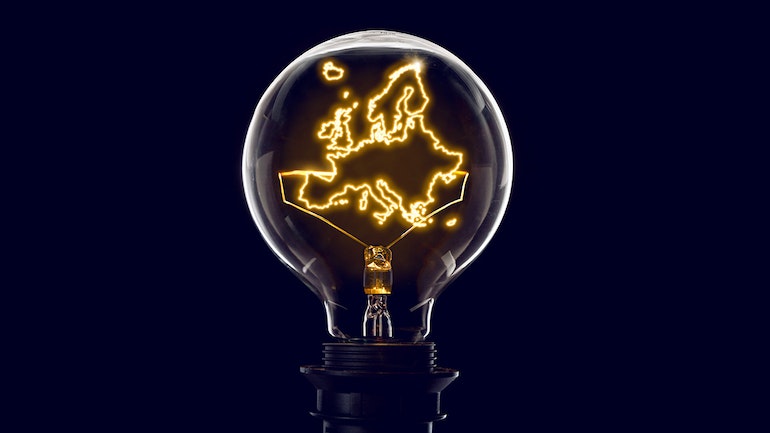 If you have been a customer of ours for a while, then you certainly know that we at Invesdor enable people to take their financial future into their own hands. We enable you to invest in topics, branches, and companies you believe in. And we show you special opportunities. Like the European idea. An idea which you should also pursue in your investments, for countless reasons.

One of these reasons is the asset that Europe offers with its strong small and medium-sized enterprises (SMEs). They are the backbone of the economy, drive innovation and create the most jobs. Therefore, they are perfect for investors. With this background in mind it is astounding that, on the other side, SMEs have barely any access to the capital market in Europe, contrary to in the US. That inhibits companies’ dynamic. A dynamic, which private investors can quickly rejuvenate, if they have an efficient, technologically and regulatorily advanced mediator at their side. Someone like Invesdor.

Why we see ourselves as a European company

Another reason why you should “think European” in your investments is displayed through the large cultural and social similarities between European countries. We can judge that, because at Invesdor we already see ourselves as a European company for just that reason. We believe this as a result of the fact that our successful merger, with platforms in Germany, Austria and Finland, unified us into one provider. We see a clear parallel: values such as the economy and democracy are very similar, despite the fact that three different nations are represented.

For you as an investor, harnessing this advantage can be profitable. Since a market in which you speak the language, are familiar with the customs and know the major players is one you can assess better than a market you are unfamiliar with. Your own judgement is a deciding factor in responsible, independent investing. So, for exactly what we care about at Invesdor. The fact that the economic strengths of individual markets are able to play freely, under one shared roof of values, is simply a major advantage. In other words, for investors who prefer participating in projects they can comprehend, the Invesdor focus on Europe and its exciting, futuristic and growing companies, from startups to established companies, is a valuable offer.

Why a strong Europe is so important to us

The past few months have been a testament to the fact that the strengthening of European values is more than just ideological imagination, but instead a pragmatic necessity. Russia’s war of aggression brought the risk of geopolitical imponderability and the fragility of international trade relationships to the eyes of western countries. The accessibility of raw materials like gas and oil seemed safe until that point, however, now Europe’s vulnerability is on display. This “shock” does have one positive, nonetheless. It is forcing European politicians and companies to take long overdue steps.

However, the dependence on oil and gas is not the only challenge which has to be overcome. For decades now western companies have outsourced jobs, through the supply of raw materials and the manufacturing of their products, to Asia in order to reduce costs. At Invesdor we are of the firm belief that that must now be radically and quickly reconsidered. Especially as a result of the fact, that the future of certain players, like China, cannot yet be accurately estimated. The importance of a strong and independent Europe is clearer than ever.

Major chances for investors in Europe

The chance of reaching this independence is high. An important step on the way there, is the strengthening of European value- and supply chains. Therefore, we support companies, which aim to overcome logistical challenges on our continent, in their search for investors who wish to support this idea with financial commitment.

Another major chance that Europe offers, specifically to the crowdfunding industry, is cross-border investing. The new European ECSP (ECSP = European Crowdfunding Service Providers) regulations, offer Europeans a new perspective. Thanks to these guidelines investors in Europe will no longer have to abide by country laws for crowd investments. It promotes future crowdfunding investments in chosen companies from many countries across the continent, an idea we have always pursued at Invesdor. And which we have given another concrete contour to since the merge of our platforms.

What will the ECSP change?

It is expected that the new regulations will increase availability of this innovative form of financing, which will help growing companies and SMEs especially. The investors in crowdfunding platforms will profit from an adjusted and improved investor protection framework which is supported by:

Let us summarise: at Invesdor we support companies which want to impact Europe’s future in a sustainable and positive manner. We do so by giving you access to our community and as such, to interested investors, brand ambassadors and even clients. On the other side, the community has the chance to make fast and concrete contributions to make Europe’s economy sustainably stronger. Because it is what’s best for everyone.

Read also:
What to look for when investing sustainably
Step by step guide to the right investment: How to choose the projects that suite you best
Our favourites: Some of our most successful funding rounds