HIFK is advancing to the highest national series in Finnish football for the season of 2015. The club is one of the most renowned football clubs in Finland. Now it's time to take the next step in the club's over 100 year old history. Come join us!

This content is also available in Finnish Swedish
Our story

Football – the beautiful game – is one of the world's most beloved sports. Football evokes passion and strong emotions, and has the strongest media visibility among spectator sports. In Finland, football is the biggest sport measured by the number of active players in amateur and professional teams.

The way HIFK rose to the premiership was very emotional and dramatic, and is a good example of why football evokes such passion. The fight for the lead in the 1st division of 2014 will go into the history books as one of the most exciting fights ever. Four games before the end of the season it was already clear that there was NO way for HIFK to reach the premiership. This would have required an impossible set of circumstances to all come through at the same time. HIFK needed to win all of its remaining games. At the same time the club FC KTP from Kotka needed to lose all its games, or at the most score one draw. Before the last game of the season everything was still open; HIFK had won its games, and FC KTP had lost all of its games. But now we needed a win for HIFK and a loss or a draw for KTP.
20 minutes before the end of the last game HIFK was at 1–2 against its opponent. At the same time KTP in its game were at 0-0. After a fantastic end of the game and an incredible by support by our fans, HIFK won the game by 4–2. And the game in Kotka ended 0-0. The feeling after the game at our home pitch 'Bollis' will forever remain for most of those present. After 42 years of waiting HIFK is rising to the premiership. The crowds are cheering, fans young and old shed tears in unbelief and joy, and the fans rush the pitch.
4 October 2014 was a gamechanging day for many of us.

The strategic goal of the club has been clear for a long time. We want to build a healthy club with a place among Finnish football's premier teams. In order to reach this goal, we need a solid foundation both in our sports performance and in our organization and finances. We need a more professional organization to answer to the requirements and possibilities of the premiership (Veikkausliiga) level – this is all positive, because our market value multiplied along with the rise to the premiership.

In order to succeed, we need to at least triple our turnover from 2014. This needs to come above all from sponsorship and partnership deals as well as spectator income. Developing the organization is an investment that will require both time and money. HIFK's brand and trademark are especially strong; 7 national championships, and traditions that run from fathers to sons and mothers to daughters. We want to continue to strengthen and clarify this, leaning on our great traditions, but above all facing the future boldly.

We belive in a team strong in its identity strengthened by a few profile players. We have a top notch team of coaches and support staff who are willing to walk the extra mile. We have fans whose dedication and culture is in a league of its own in the whole of Finland. We will play in an arena that meets all the requirements and serves spectators, families and business partners. We want to offer intense and eventful games, especially in the anticipated derby games against our blue rival, Helsingin JalkapalloKlubi. We will continue to develop our match events, and want to provide unforgettable experiences – matches that people talk about both before and after the game. Spectators and fans who have been to our games at the Olympic stadium have wondered out loud whether Finnish football actually can be such a fantastic experience!

As a team with a strong capital city stamp on us we provide a unique alternative to both partners and the audience, without forgetting the strong community among our supporters. HIFK is bringing a fresh season to Finnish football. We want to strengthen a football brand that doesn't leave anybody lukewarm – a strong sense of community on all levels, a club with room for difference, a club that runs its finances like a healthy club should, and above all creates a winning culture and provides strong emotions.

Come along and join us – Veikkausliiga here comes IFK! 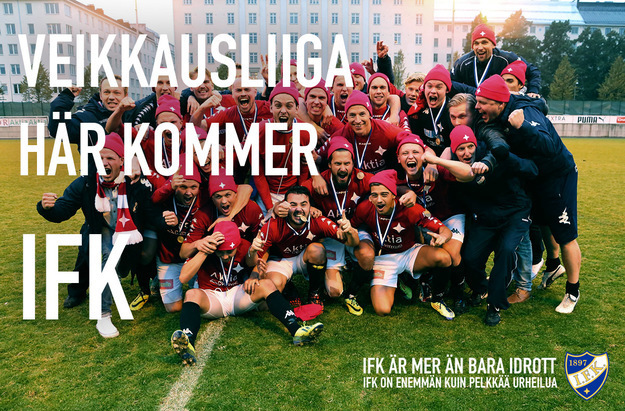 We are a football club competing at the highest national level (Veikkausliiga) in Finland.

Finland had 119,000 registered football players in 2013. This makes it the sport with the greatest number of players in Finland. According to the Finnish Football Association over 500,000 people belong to the Finnish football family either as players, coaches, referees or support staff, spectators or parents, amateurs or professional athletes. The Helsinki and Uusimaa area has 45,000 registered players, or more than 1/3 of all the players in Finland.

According to the 2014 survey Sponsorship & values in sports (Sponsorointi & urheilun arvomaailma) commissioned by Taloustutkimus, the sports with the highest appreciation among Finns are football, track & field and icehockey. This year football for the first time ever the most appreciated sport among Finns. In terms of the amount of spectators football ranks number six in Finland.

HIFK from Helsinki is a breath of fresh air for football in the nation's capital, and for for the premier league. Helsinki and the capital region need another Helsinki team in the highest series, and when the sizes of the spectator market, sponsor market and number of active players are taken into account, there is plenty of room for HIFK in the highest series in Finnish football.

The income of the teams in the Finnish premier league consists mainly of match day income and income from partnership agreements. HIFK is exciting as a brand, and therefore also worth pursuing from a partnership perspective. The value of our partnership agreements will in all likelihood triple in 2015 compared to 2014. We also expect HIFK's spectator numbers to grow in the season of 2015. HIFK has an especially loyal and devoted fan club who have followed the team also in the lower divisions of football. Especially the local derby games are likely to attract interest also among those who are less passionate about HIFK. 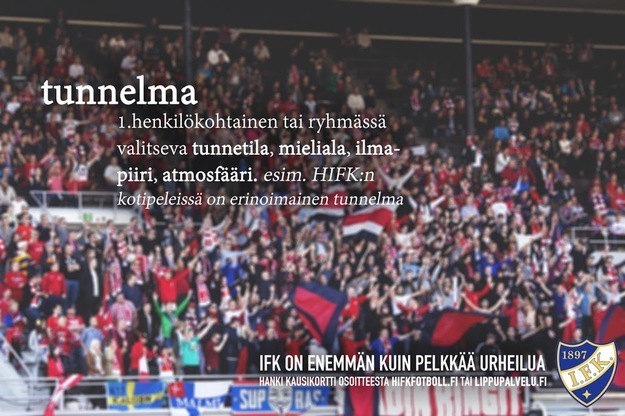 As in all succesful organizations, HIFK's current and future success is built on good teams. The club is run by a board of directors whose main responsibility is to strategically develop  the club. In addition to this success requires good sports management, good coaches and a large number of support staff who daily work for the club.

The members of the board in HIFK work without financial compensation - out of a love for the club and the game. On an organization level the management of the team falls under the private limited company HIFK Football Ab. The company's main owner, the non-profit association HIFK Soccer rf, supports the company by its own activity. 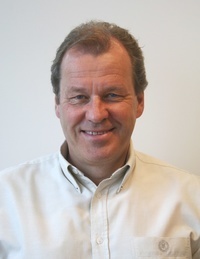 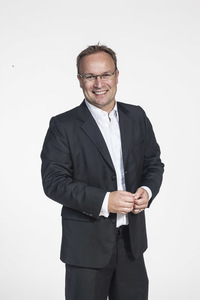 HIFK team manager, member of the board, security expert 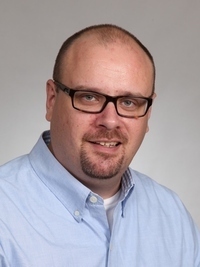 * Managing Director * Entrepreneur with long experience in IT and advertising as Managing Director, CIO and COO roles in European consulting businesses * Organizational and management consultant * Member of the board, secretary, HIFK Soccer rf http://fi.linkedin.com/in/christofferperret/ 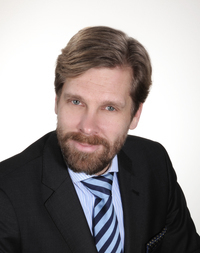 * Head coach, HIFK * Many years of experience as player and coach in both Finnish premier league (Veikkausliiga) and 1st division (Ykkönen) http://fi.linkedin.com/pub/jani-honkavaara/85/3ab/765
Risks

It is recommended that you familiarize yourself with the investment target of your choice, reduce risks by investing in several investment targets and balance your investment portfolio with more liquid investments. We also advise you to pay attention to the Target Company specific risk descriptions, which you will find included in the pitch materials.

The activity of the club includes uncertainties. These are among other things how quickly and how much deals are made with partners and supporters, especially since the national economy has been in a longer period of decline. Additionally, if the team isn't competitive in Veikkausliiga and the performance of the team were to be modest, it would have a probable negative effect on ticket sales and spectator income.

Regardless of both sporting and financial performance, and taking into account the nature of our business activities, dividends are unlikely in the near future. In the event of a positive financial result the profits would be re-invested into the club and the company in order to safeguard healthy operational conditions for the company also in the future.